The Case Against the iPad Pro

This April celebrates 10 years to the release of the original iPad (it was announced in January, but made available to buy on April). Late 2015 saw what was probably the biggest step in the iPad’s evolution thus far: the release of the iPad Pro. 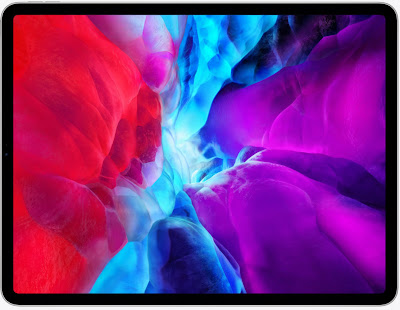 I love my iPad Pro. In the years I owned one it has served me loyally and well. In will therefore start this post, where I am about to point a finger at the biggest issues I have with the concept that is the iPad Pro, by pointing out its biggest advantages.

Why an iPad Pro?

As nice and helpful as the iPad Pro is, it has its disadvantages. Two of them have been there right from the start, and despite the best of Apple’s attempts are still very much there:

There is, however, a third disadvantage hampering the iPad Pro. What’s interesting about this problem is that, rather than improving over time, it is getting worse and worse. And that problem is: subscriptions. Specifically, infrequently used apps which rely on the subscription business model.
Over the last couple of years, more or less, we have seen the bulk of the pro apps for the iPad move from a premium model (pay once to unlock the app) to a subscription model (pay on a regular basis, as long as you want to continue using the app). Apple has been a great pusher of this policy, for the obvious reason that it has been generating Apple a lot of money.
I will therefore state I do not object to the subscription model, at least not on principle. I subscribe to numerous apps that I use regularly, even to the point of dependency (e.g., my password manager of choice, 1Password). I realise app developers need regular income to sustain themselves and continue development on their apps; I also realise that many apps have running costs (e.g., weather apps need to pay for the raw weather data, podcast apps need to pay for servers, etc).
However, by now a lot of apps - too many apps - that I use regularly yet quite infrequently are asking me for a subscription fee. Does it make sense for me to pay an annual fee for an app I only use perhaps 5 times a year? Should I be paying the monthly subscription rate for such an app, effectively making the monthly fee a single use’s admission price? As nice as these apps are, and as useful as they are for that particular niche of functionality they serve, I am not that rich to be able to afford such a luxury.
As a result of this transition to the subscription model, I find more and more functionality that I used to be able to perform on my iPad Pro when needed - functionality that I almost always paid for to begin with - now gets taken away from me. For example, drawing something easily and quickly on Linea Sketch, or coming up with a simple (yet cool) design using Assembly, or taking hand written notes using the aforementioned Nebo, all now come with what is - for me, at least - a pay per use fee. The result is simple: I don’t use them anymore.
I find my usage regressing more and more towards that primitive way of doing things we were all used to before the emergence of the iPad and the App Store: “find a way to do it on Word, Excel or on a browser.” The problem is, of course, that this way is always more awkward, far less innovative, and way less productive than using the pro apps.


That is to say, what may have once been Pro is no longer the case. And, at least for now, these old style ways of getting things done are achieved way better on a “real computer”.

All of which leave the Pro out of the iPad equation, and leave the iPad Pro as - yet again - a great tool in crying need of useful use cases it could support. Till then, it's not much more than a fancy yet ordinary iPad: a cool, incredibly effective, consumption device. And not much more.

iPad Pro image by Apple, used under the assumption of fair use
Posted by Moshe Reuveni at 20:45
Email ThisBlogThis!Share to TwitterShare to FacebookShare to Pinterest
Labels: Gadgets